Juneteenth, An Opportunity To View Our Progress Towards Freedom

Today we recognize and honor Juneteenth, June 19, a holiday which commemorates the ending of slavery in the United States. It’s also a day of observance for those who were never able to experience freedom.

Earlier this year around the observance of Dr. Martin Luther King’s birthday I had one of those “important” conversations with my 1st grader that will be embedded in both of our hearts…hopefully forever.

As I asked her how her day was after school; tears began streaming down her cheeks. She burst out, “Mom, I’m so ashamed of myself. I’m so ashamed at how white people treated black people.” Silence. Deep breath.

I held her in my arms and looked directly into her eyes and said repeatedly, “Mija, you were not alive then. You are not responsible for behaviors and actions people made then. That is not your shame to take on. But let’s talk about what you can take on, what you can be responsible for.” We then had a beautiful conversation of the power she has, we all have, to be responsible and work towards racial equity in all that we do. We talked about how we can hold space for healing of centuries of racial trauma and we can be strong allies to our Black sisters and brothers in all areas of life. Since we are also of Native American heritage we talked about the experience of my great-grandparents and our ancestors.

Observing Juneteenth is an opportunity to measure our progress against freedom for all, and most especially racial equity for all. Although many people understand slavery ended with the Emancipation Proclamation, many are unaware that it would really be several more years until slavery ended and even many more years, even decades of Black Americans facing involuntary servitude, Jim Crow laws, and many other forms of injustice.

So what is Juneteenth?

On June 19, 1865, Major General Gordon Granger, along with more than a 1000 Federal Tripp’s, arrived in Galveston, Texas, to take control of the state, and ensure freedom for the last remaining slaves in the area.

Many historians and scholars have noted that while Juneteenth acknowledges Slavery ending in Texas, and The United States, most people understand Juneteenth to be a day of remembrance for those who were never able to experience freedom.

In this sacred space that is our studio, we see a just world where people love and respect themselves and others. Everything we do at the studio, how we teach, what we teach, how we see each other, is a reflection of this. Will you join us in such a worthy cause? Will you join us in being willing to let go of what you think you know about racism, in all forms, and be open for a new understanding of racism, in all forms, so that we can all move forward together and bring about an end to centuries old systemic racism and beliefs? This healing hope is our prayer.

You can read more about the history of Juneteenth here: http://juneteenth.com 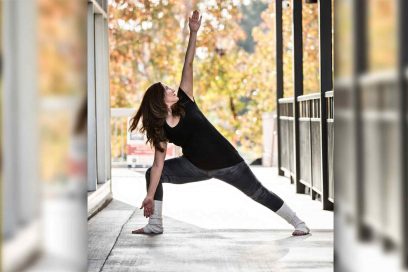 Focus forward, commit, transform. A little bit of Rosa in our lives!

Written by: Melissa Luyben Believe it or not, West Coast Sweat has been serving the… When was your first class and why did you take it? I started taking Bikram… You Light up My Life,
Inferno Hot Pilates!

Have you noticed Inferno Hot Pilates classes on our schedule? You’re probably wondering, “Hmm, are…